They all sing the praises of Sidney Powell and urge you to read Licensed to Lie: Exposing Corruption in the Department of Justice–the Amazon 5-star best-seller in three categories is now available for purchase in bulk for holiday and business gifts.  Regardless of your interest in law or politics, it’s a great all-around read. 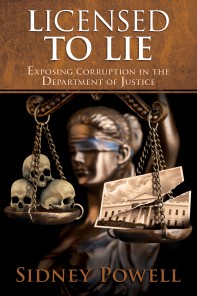 No lawyer has ever written a book like this. As  Alex Kozinski wrote in his Foreword to the book: “Sidney Powell has more testosterone than pretty much any roomful of lawyers, be they men or women. Writing a book like this more than proves it. Not only does she take on, by name, prosecutors and former prosecutors who continue to serve in powerful and responsible positions, she is also relentless in criticizing judges before whom she has practiced for years. Few lawyers have the stones to do this.”

Yet, many have not heard of this remarkable account of legal history. Why? Because it’s true, and it’s terrifying. The New York Times refused to review it, the NY Post pulled its article after it “reached out to Department of Justice for comment,” and the main stream media won’t touch it. It’s irrefutable and reveals major flaws in our system.

We are coordinating bulk sales of the book for holiday gifts by law firms and for schools, and we are booking Sidney Powell for book signings and speaking engagements to discuss her vast experience from the inner circle of the courtroom and her firsthand account of astonishing prosecutorial misconduct.

No legal practice or education is complete without reading this book. It’s also a “must” for all Americans with political interests, social concerns, criminal justice reform advocates, or anyone concerned about our country and its legal system. Sidney is a riveting speaker. She has taught appellate and trial advocacy for the United States Department of Justice, and spoken on many legal topics for the Federal Bar, the ABA, the Texas Bar, the Fifth Circuit Bar, and countless civic organizations. She speaks widely on topics in current legal events from her news-breaking articles for the New York Observer, and on issues of over-criminalization, prosecutorial misconduct, and criminal justice reform, including to the Fifth and Ninth Circuit Judicial Conferences, law schools, legal, and civic organizations. 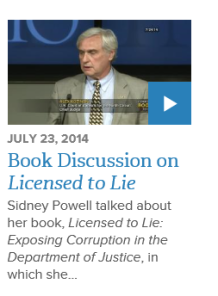 Her Book TV presentation with Judge Alex Kozinski at the CATO Institute has been viewed thousands of times.

Although LICENSED TO LIE reads like a legal thriller, and has 5-stars on Amazon, the book is the non-fiction, inside story of high profile litigation of the last decade, including the prosecutions of Arthur Andersen LLP, Enron, Merrill Lynch executives, Senator Ted Stevens, and others. Described as a strong page-turner—even in non-legal reviews—the book uses actual dialogue from hearings, trials and appellate arguments, including several in the Supreme Court. Those who have read it have said it should be required reading for every lawyer, law student, and college student in the country. Autographed copies are also available for bulk orders.

To inquire on scheduling a speaking engagement or ordering books, please contact Tricia at (203)470-6666 or tricia@licensedtolie.com. 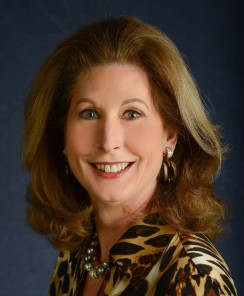 Sidney Powell served in the Department of Justice for ten years in Texas and Virginia and has devoted her private practice to federal appeals for the past twenty years. She was the youngest Assistant United States Attorney in the country when she was appointed. Later, she became Chief of the Appellate Section for the Western and Northern Districts of Texas. She is a Fellow of the American Academy of Appellate Lawyers and served as its President. Recognized by her peers as a “Super Lawyer” and named as one of the “Best Lawyers in America” for years, she has been lead counsel in more than 500 appeals in the United States Court of Appeals for the Fifth Circuit, resulting in more than 180 published opinions. She was President of the Bar Association of the Fifth Federal Circuit, and her briefs have long been featured as samples for practitioners. She also writes for the New York Observer, the NRO, and Fox News. Her news-breaking articles have appeared frequently on Drudge, Breitbart, Investors Business Daily, NewsMax, and in countless other publications. She has appeared frequently on Book TV for the CATO Institute, NewsMax TV, Fox and countless radio shows.
To read full endorsements, click here.

Judge Alex Kozinski, in his recent Preface to the Georgetown Law Journal, Criminal Law 2.0 – Preface to the 44th Annual Review of Criminal Procedure, 44 Geo. L.J. Ann. Rev. Crim. Proc (2015), quoted and cited Sidney Powell and LICENSED TO LIE: Exposing Corruption in the Department of Justice more than any other author or work. In fact, Judge Kozinski penned the Foreword to LICENSED TO LIE, in which he urges: “This book should serve as the beginning of a serious conversation about whether our criminal justice systems continues to live up to its vaunted reputation. As citizens of a free society, we all have an important stake in making sure that it does.” 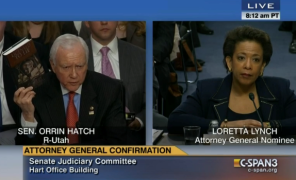 United States Senator Orrin Hatch confronted Loretta Lynch with Licensed To Lie during her confirmation hearing for Attorney General. He extolled the book and urged Lynch to “clean up the Department of Justice.” 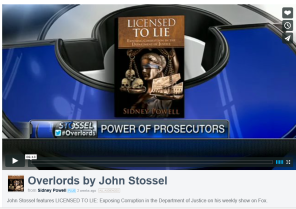 John Stossel featured Licensed to Lie in his segment on Washington Overlords. 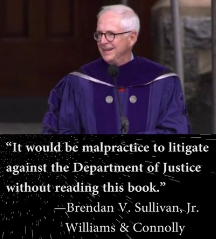 Williams & Connolly LLP legendary partner Brendan Sullivan said:“You are a hero! You have demonstrated courage beyond that ever encountered in American lawyers. You are to be admired and respected for spelling out the frightening frailties and the human flaws in our system.”  He added, “This book is more instructive than any criminal law course at our best schools.”